Every Day Is a New Year's Day!
Did You Know That?

New Year came and went. In fact, we are already half way through the first month of this new year of our life.

But, as Dr. Pasha points out, every day that dawns on us is the first day of a brand new year of the rest of our life.

If we understand this simple and obvious fact, we will understand what life is all about, and we will be able to live out the rest of our life pursuing priorities that really matter to us, and that are truly beneficial for us, and for our society, free from all kinds of irrelevancies, distractions and exploitations.

So, read on this New Year article that Dr. Pasha wrote nearly a decade ago, and that is as fresh and relevant and helpful today as it was when it was first published ten years ago on January 04, 2008.

The Mantle of Misogyny Muslims Inherited from Others

Quote-Unquote: Dr. Pasha on Islam,
Muslims and the World

Some of them called her the Instrument of the Devil. Others gave her the name Gateway to Hell.

But everybody pretty much agreed that she was somehow a lesser human being, fundamentally lacking in the human essence and spirit.

But in the Middle of the Seventh Century – 1400 years back – Islam came and put an end to all that nonsense. Once and for all. At least so you would have thought.

But, as it turns out, not if the Muslims could help it.

For, eventually, they too decided to dive into the same Lizard's Hole the Christians and the Jews were occupying before them. Just as the Prophet, Sallallahu Alaihi wa Sallam, had warned them they would.

But, unlike the Jews and the Christians, the Muslim concern was not if a woman had a soul or not; and if she led them all to hell or not; but, rather, if a woman could have a leadership role in life or not.

They also agonized in their spare time – and all their time was beginning to become spare – about what kind of clothes they would like to see a woman wear.

Not all Muslims, mind you, but yet quite a few among them. Especially, many of those who thought they were the better ones among Muslims – more ostensibly God-fearing; more manifestly conformist; and more punctiliously observant of the required Islamic “rituals.”

And somehow, paradoxically and inexplicably, less tolerant and less accommodating of others than their Prophet, Sallallahu Alaihi wa Sallam, was.

As if that was their mandate from God: Going after the female half of their species and telling them what to wear and how to behave.

So, the Muslims gladly wore the broadly misogynist mantle inherited from the Christians and the Jews, even though they opted for only the lighter and milder version of it.

In the process, the Muslims forgot their own glorious Islamic teachings and traditions of female emancipation, equality and empowerment.

And in many cases they went after the womenfolk with a vengeance under one pretext or another, even though all this was fairly benign compared to some of what was going on elsewhere.

And most certainly there never were any burnings at the stake – a la Joan of Arc at the hands of the British in France or in line with other burnings of putative witches that took place for instance in Salem, Massachusetts, in the New World.

In the process, the Muslims gave up education and science and turned their back on innovation, creativity, pragmatic problem solving and enlightenment.

They also replaced personal liberty with social and political tyranny and exchanged a democratic and egalitarian way of life for hereditary monarchy and dictatorship – and for all sorts of feudal and authoritarian power structures and arrangements.

And they filled their mind with all kinds of idle thought and empty space.

I have always refrained from honoring these debates by joining them. But let me ask these faux-super Muslims this question anyway – this one question that to me is most simple and elementary.

Those who spend endless hours and days debating if a woman can be a leader or not; and if she can be in charge of something or not; and then they drag the glorious and blessed name of Islam in this perverse, foolish and futile debate; all they need to do is just think about one thing.

That is all they need to do. Think about one thing. Answer one simple question.

Let them ask themselves: Just who was the owner, master – and leader – of their kitchen, when their gourmet meal was being prepared the previous day, and who was in charge of that cup of sumptuous tea or coffee – or some other similar drug – that their wife placed in their hand that morning?

And then let them allow their imagination to wander. And let them ponder all the Might-Have-Beens of that kitchen and all the likely brews that could have taken the place of that cup of life-giving early morning or afternoon tea or coffee.

All the different kinds of poison, some slow to act and some faster to work their havoc; some most painful and excruciating and some with their deadly effects barely visible to the naked eye.

No, under the eminent, capable and compassionate leadership of their women, their cup of tea was still a cup of tea and the food they had been consuming all of yesterday was nothing but food.

The result is that these ingrate men live on – maybe only to ungraciously malign their women another day.

They are still alive and breathing – these ungracious and ingrate and somewhat foolish men – and continuing to make their mischief.

No, their wives did not use their total mastery of their culinary territory to put an end to their existence with a chalice full of hemlock.

Instead, the women of their household – and practically every other household on earth – exercised their leadership in the most positive, supportive and nurturing manner that they have been doing for who knows how long.

In This Most Blessed Month of Ramadan,
Shaitan Maybe Out,
But How Robust Is Our Own Nafs?

Israa' and Mi'raaj:
Connecting Earth to Heaven, Man to God

...It was here that God conferred upon him the gift of Salah, which is called a believer’s Mi’raaj – every man and every woman’s own unique opportunity to ascend to God’s presence, right here in this world. [...]

A program about ISLAM, MUSLIMS AND THE WORLD – UNLIKE ANY! [...]

[This material is being edited for quality and accuracy]

But who in the World is or was Iqbal?

Arabic Language with Dr. Pasha - A Cultural Immersion Unlike Any!

You are invited to register for an Arabic Language Program by Dr. Pasha - Unlike anything you have ever done before.

This program will be conducted by Zoom video meetings at dates and times to be confirmed.

Prerequisite: Know how to read Arabic. If you do not, pick up a copy of our Qur'an Reader and start working on it right away. If you need help, ask us, we can help you learn to read the Qur'an in about three months.

And don't forget Qur'an is the foundation of all Arabic Language.

Register now by sending us your name and email address to admin@islamicsolutions.com

Dr. Pasha’s Arabic Language and Cultural Immersion Sessions – Compulsory Read of Required Instructions for All Those Wanting to Attend Program: Ongoing and Continuing.

CoronaVirus or COVID19:
Islam to the Rescue!

(A) Guidelines from the United States Federal Government, Centers for Disease Control (CDC), 2020:

1. Wash hands with soap and water.

2. Keep a 6-foot or 2-meter distance from the next person.

At least five times a day:

We strongly urge the US Federal Government and its agencies, including the CDC, to adopt the full range of Islamic Standards of Personal Hygiene as divinely mandated protocol for protection against the plague of Coronavirus that is upon us.

Also read:
This Business of Washing Up:
Our Way vs. God’s Way

Delhi is the capital of India, whose government now is firmly in the hands of Fascist Hindu Terrorists called the RSS and the BJP.

World Media calls them Hindu Nationalists, whereas in reality they are Hindu Supremacist Terrorists and Extremists.

Prime Minister Narendra Modi and Police Minister Amit Shah presided over the massacre of thousands of innocent Muslims in the State of Gujarat in 2002 when they were state chief minister and home minister respectively.

Now, the RSS-BJP master plan of a Final Solution to the Indian Muslim Problem has begun unfolding with the massacre of Muslims in the capital city of Delhi even as President Donald Trump and wife Melania were winding up their state visit to India. 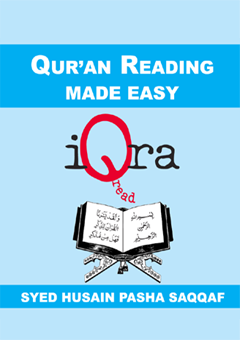 2. A Bit of Background on Our Qur'an Reader

The Most Miraculous Human Face

I am saying miraculous because I have no other word in the English language to describe it. It is so amazing, what I am about to talk about, and stupendous and so absolutely unbelievable that I don’t know what else to call it.

I am talking about the human face.

As for using the expression design, that is simple. Because, design is what it is no matter how you look at it. [...]

"If the book is read with the seriousness and attention it merits, it has the potential to have as profound and far-reaching an impact on religion, society, government and human relations as Charles Darwin’s Origin of Species eventually came to have on scientific and social thought nearly a century and a half earlier." ISLAM: NEW FRONTIERS, Book Review

This Is What Dr. Pasha Wrote
nearly 10 Years Ago!

"If the book is read with the seriousness and attention it merits, it has the potential to have as profound and far-reaching an impact on religion, society, government and human relations as Charles Darwin’s Origin of Species eventually came to have on scientific and social thought nearly a century and a half earlier." ISLAM: NEW FRONTIERS, Book Review

Muharram Is the Month of Peace!
And Not Just for Muslims!

And Muharram Is also a Time for Muslims to Repent!

WELCOME TO ISLAMICSOLUTIONS.COM!
PLEASE TELL OTHERS ABOUT US!

To Our Visitors, A Most Cordial and Grateful Welcome!

We Respectfully Invite You